To Swipe Left or To Swipe Right, That is the Question: DEADLINE DATERS, A Comedy by Nikki Pope & Nicole Raviv about the Wild World of Modern Dating

Deadline Daters follows two journalists in their misadventures during an assignment “to find different types of guys, go on first dates with them, and write the most revealing article about the sad life of dating in New York City”. You can replace “New York City” with almost any other place in the country and the masses of romantically-frustrated, young singles with accounts on Tinder, okcupid, Friendsy, and more would 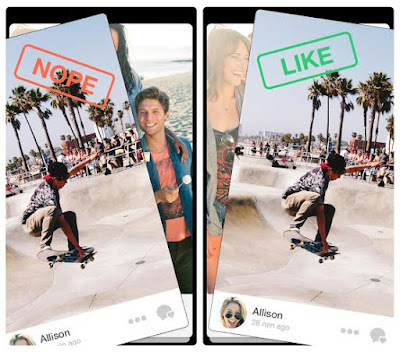 probably relate. Some people are on these sites to actually meet other people, of course, but there are some who are there just as a joke, and there is an overwhelming number of young people who are somewhere in between, committing to these accounts in only an ironic sense and afraid of the vulnerability that comes with taking romantic risks.
Most people have to suffer through numerous prospective lovers that are most definitely wrong before they find someone even remotely right. Nikki Pope and Nicole Raviv perfectly capture this generation’s disillusionment toward finding love in this new one act comedy.


After all, navigating relationships is more confusing now than ever. More types of romantic encounters and more casual relationships are becoming accepted by the mainstream- and that’s wonderful. People should be allowed to have more casual sexual/romantic interactions without being shamed. 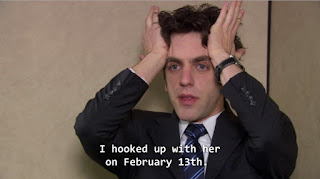 What is important is that people feel able to pursue a love life that is fulfilling for them. However, those people who desire a more traditional monogamous relationship often place a lot of blame for the difficulty of finding an old-fashioned date on the casual nature of hook-up culture. One of my friends once told another friend that she and her then hook-up were basically the current definition of a relationship because modern people, “Say they’re ‘hanging out’ until one day they realize things have gotten really serious and then like, get married.” She declared dating to be dead, as if she were the reincarnation of Nietzshe.

We all know that dating isn’t actually dead and that my aforementioned friend (not surprisingly, an aspiring actress) was being a little dramatic in her assessment. But then again, dating has always been hard, and a source of serious stress for almost everyone who’s ever tried it. Even finding someone that you would want to “hang out” with can seem to be an impossible task sometimes. Countless people I know who are looking for something more formal or committed have given up on 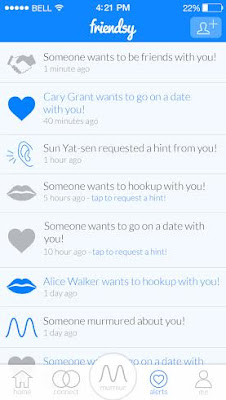 meeting people on their own and have turned to websites and apps like Tinder and okcupid for help. The atmosphere on dating apps can feel cruel, as people are assessed and summarily rejected or approved of with merely a glance at their profile picture. The knowledge that the person that you swiped right on did not reciprocate can sting, and awkwardness of having to make a decision about the profile of the person who sits next to you in your econ class is deathly. Virtually connecting to someone that you could actually see yourself being with, and who is also interested can feel almost like a miracle. And at that point you still have to survive the first date. 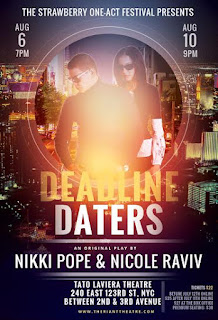 find the right person to connect to, whether we have social media to help us or not. Comment below or tweet us @RiantTheatre to tell us about your online dating horror stories and/or fairytale endings. And be sure to swipe right on Deadline Daters and the other plays in Series C of the Strawberry One Act Festival on Thursday, August 6th at 7pm and Monday, August 10th at 9pm at the TATO LAVIERA THEATRE, 240 East 123rd St, NYC. Visit www.therianttheatre.com to purchase tickets. It could be true love.