Can A Lie Ever Be Moral? From Batman to Little Invisible Backpacks 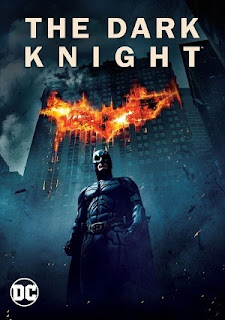 In The Dark Knight, Batman lies to the city of Gotham in order to protect them from the pain and chaos that would arrive if they knew the truth; Harvey Dent, an inspirational figure to the city of Gotham, had committed a series of murders under the guise of his alternate persona, Two Face. Batman, in an attempt to leave Dent as a symbol of hope for the citizens of Gotham, frames himself for Dent’s murders. However, eventually the citizens of Gotham find out about Batman’s lie. Never mind that Batman was only trying to protect them; they are angry.
The Dark Knight brings to light (pun intended) the theme of the motivational lie and whether or not ignorance is truly bliss. Is it better to know the truth and suffer for it or to live in an ignorant bubble of happiness? Humans are naturally curious beings and most of the time will choose to know the truth, but that is only if they know there’s something they don’t know. If people don’t know that they are ignorant of something, they will remain happy. This is where the dilemma presented by The Dark Knight rises (again, pun intended).
When is it acceptable to tell a lie? It is clearly immoral to lie, but is it more or less immoral to cause others to suffer by telling the truth? If it’s always wrong to lie, is it therefore immoral to tell someone you like their new haircut to protect their feelings when you really hate it? Or is it easier to let them feel good about themselves and avoid hurting their feelings?
There is no good answer to the above questions. While any one person will tell you they would prefer to know the truth, they would probably also be angry with you if you told them you hated their new haircut. Ultimately, this is an ethical dilemma that is open to interpretation depending on the circumstances and the individuals involved.
Little Invisible Backpacks, a play by Magdalena Cychowski, explores the nuances of this very topic. Little Invisible Backpacks, a story of a young man’s journey as he discovers that his family has been forging letters he believed he was receiving from his mother (written before she passed), will premiere at The Strawberry One-Act Theatre Festival on 7/13, 7/16, 7/22, and 7/24 at The Theatre at St. Clement’s, 423 West 46th St., NYC. 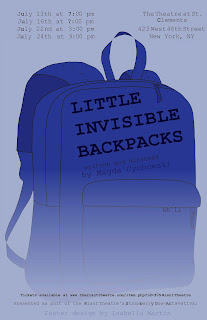 Losing a parent is an earth-shattering event.  When Jake learns that his family has been forging letters he believed he was receiving from his mother (written before she passed), he must learn to forgive, rebuild and heal in the face of his grief.