A Relationship of the Mind, Or One Beyond Words? ROUSING THE HEAD has never been so exciting. 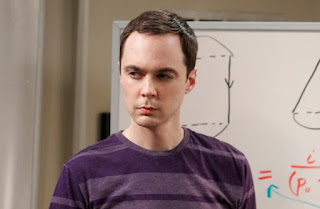 “People say you can’t live without love…
…I think oxygen is more important.”

Ah yes, Sheldon Cooper’s unintentionally smart-ass phrases never fail to bring in the laughter in the hit TV series The Big Bang Theory. Throughout the seasons, millions of fans across the globe have watched the progression of main character Sheldon Cooper (played by actor Jim Parsons), who starts out as a brilliant theoretical physicist lacking social skills and awareness. The show took an interesting turn when Sheldon was introduced to future girlfriend Amy Farrah Fowler (played by actress Mayim Bialik), an awkwardly charming neurobiologist introduced in the Season 3 finale. Overtime, as Amy and Sheldon form a more meaningful relationship, we watch Amy’s increasing desire for a more intimate relationship with Sheldon, who does not immediately reciprocate these emotions. Sheldon describes his relationship Amy as “one of the mind,” but it is not long before Amy feels that their relationship lacks a different kind of connection.

These conflicting ideals of what it means to be in a romantic relationship raises the questions of the most important aspects of intimacy. Specifically, is it equally as important for a couple to be physically intimate in addition to being intellectually compatible?

Playwright Melissa Ross explores these ideas in her new play Rousing the Head, in which a woman chooses to be in a relationship with a mechanical head that is programmed to be mentally cooperative instead of a real man. This decision to have a robotic partner is due to her need for control and certainty after a history of failed relationships with real-life men, who were unpredictable and dissimilar to her. She then has a night out in which she meets a man whom she can dance and share intimate feelings with. Does she hold on to the safe robotic head—or decide to risk future heartbreak with a real man?

With our current developing technology, many people separate themselves from other human beings and spend time on their phones or computers. You may ask yourself how much time some kids spend on Snapchat, Facebook, Instagram, or YouTube. Sometimes we oversee the importance of interacting with the people around us. In the end, artificial intelligence does not compare to the benefits and intimacy of real human connections. “Rousing the Head” will have you thinking about the technology-focused future, and asking yourself “what does it mean to be in a romantic
relationship?” 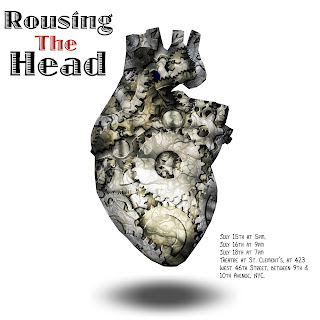 ROUSING THE HEAD
By Melissa Ross
If you had to decide between being sexually or intellectually fulfilled in a relationship, which would you choose?  It is the year 2050, and Judy is torn between The Compatible Man SZ20 Series and a warm-blooded companion.