THE UNSPOKEN 200: Combating Terrorism Through Media


Boko Haram, a militant Islamist group in Nigeria, is known for its terrorism on Nigerian villages. Their goal is to seize control of the Nigerian government, outlaw Western culture in all of it’s forms, and implement Sharia Law. While Boko Haram was initially founded in 2002 to oppose Western education, it wasn’t until 2009 that it launched military operations to create an Islamic state and it wasn’t until 2013 that it was designated a terrorist group by the United States.


Boko Haram has carried out countless acts of terror including but not limited to kidnappings, robbery, extortion, and drug trafficking. Most of their funding comes from bank robberies and ransoms, though they have also extorted local governments and received funding from Al-Quaeda. In 2014 alone, Boko Haram killed nearly 7,000 Nigerian civilians. 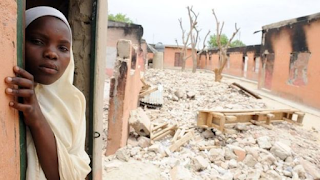 In April 2014, Boko Haram kidnapped 276 girls from Chibok in Nigeria. An ancient (mostly outdated) Islamic belief states that women captured in conflict are effectively spoils of war and should be treated as slaves. As a result, all of these young women experienced repeated sexual assault and barely livable conditions. Following the events in Chibok, an international “bring back our girls” campaign was launched. Celebrities and regular people alike posted images of themselves holding signs that read “bring back our girls.” Most of these women, having been raped repeatedly, fell pregnant. However, as soon as the social media frenzy died down the public forgot about the Chibok girls and it wasn’t until 2016 that 21 of these girls were released. Despite this small victory, thousands of children still remain in captivity.


Today, Boko Haram’s power has been disrupted by the aid of governments worldwide such as the United States, the African Coalition force, France, Britain, China, and Colombia. While Boko Haram is nowhere near as powerful as it once was, it is still alive and well. In fact, less than a week ago Boko Haram attacked multiple villages in Nigeria; they burned the houses down, assaulted multiple women, and killed at least 21 civilians. 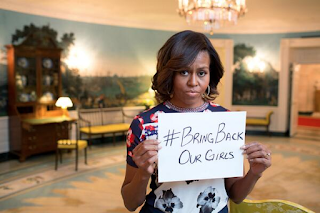 The Unspoken 200 by Ehienomen Okojie, which will premiere at the Strawberry One Act Theatre Festival on [no dates given on the website], tackles this very subject of Boko Haram’s atrocities against Nigerian people: more specifically sexual violence against women by soldiers. The Unspoken 200 is particularly progressive because in Nigeria, women are often rejected by their families and communities upon facing sexual violence. However, Okojie illustrates that women who have been raped, particularly by Boko Haram soldiers, are still deserving of love and care. The Unspoken 200 is a significant piece of work not only socially, but historically. 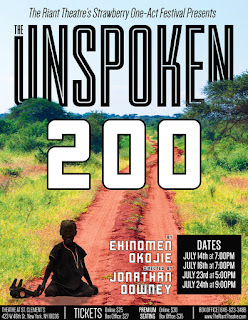 At the Theatre at St. Clement's