Meet the Creative Team for FIRSTS by Naya James: Program 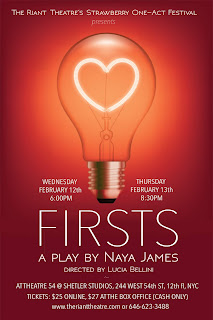 FIRSTS by Naya James
Directed by Lucia Bellini
FIRSTS is a poignant and often hilarious look into the minds of two people on a first date and shows how much we have in common if only we were brave enough to admit it.

Cast in order of appearance:

Naya James (Playwright/SIT/Producer) is a writer, actor and producer in New York City.  Resident writer/actor in the Wednesday Repertory Company, co-founder of the film and theater production company Three-Headed Lion with Trenton Clark and Lu Bellini, and CEO of Anjali Productions, focused on stories of the evolution of human consciousness. Writing credits include the world premiere of Abdication! at Theater for the New City and over a dozen original one-act plays produced in festivals all over New York, including Theater 54, The Paradise Factory, The Algonquin, and the Richmond Shepard Theater, and four short films, which she also produced.  Coming up, Naya can be seen playing a woman on the brink of self-destruction as the lead in the film “Indigo” by Garfield Boston, a dewy-skinned dermatologist in a new campaign for L'Oreal, and a few things in between.

Arya Kashyap (Savanah) is a full-time actor based in New York City, studying with The Barrow Group and enhancing her improv skills at the Upright Citizen's Brigade. Arya is also the Co-Creative Director of the Naked Angels Theater Company's "Tuesdays at Nine" cold reading series. In addition to acting, Arya has 20+ years of experience in various styles of dance. Before becoming an actor, Arya was an investment banker for ~5 years. 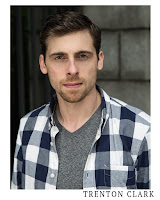 Trenton Clark (DIT/Producer) is an actor, writer, and director in New York City. He is a member of and resident director with the Wednesday Repertory Company, for which he has mounted several one-act plays. He is also a founding member of Three-Headed Lion Productions. A graduate of the American Musical and Dramatic Academy in NY, he has studied the craft for over 20 years on both coasts, as well as his home state of New Mexico. New York Theater credits: Hamlet, Hamlet; Lucius, Titus Andronicus (Hudson Warehouse); Rope; The Head Hunter; Wilde Nights (St. Francis College) Abdication! (World Premiere, Theater for the New City).  Tours: 42nd Street. Regional and other: 42nd Street, Beauty & the Beast (Papermill Theater); Happily Whatever After (New World Stages Hollywood, LA).

Anthony Paglia (Daniel) is excited to make his Strawberry One Act Festival debut with Firsts! It’s also his first time working with director Lucia Bellini, but hopefully not his last! Previous credits also include: Constellations (Roland), Troilus and Cressida (Paris/Menelaus), Othello (Cassio), The Persians (The Herald), and BC Boys (Bryce). Love to Emma, and all of my family. 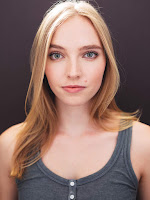 Rachel Sather (Waitress/Production Assistant) is a recent graduate of the University of Iowa where she studied and majored in Theater Arts. Her recent acting credits include The Wolves, I Can Help You, and The Twilight Bowl. She is excited to work on her first project with Three Headed Lions since her recent move to the Big Apple, and is ready for whatever this new year throws at her!

Lucia Bellini, aka “Lu”, (Director) is a director and actor for film and theatre. Founding member of Three-Headed Lion Productions and Bad Babies Films. Recent credits include ABDICATION! by Naya James, a full length play presented at the Dream Up Festival, Summer 2019. DARK PLANET: Not Your Mother's Valentine's Day, for direction of short plays by Monica Bauer, Gabrielle Fox, and Drew Larimore, running atthe 14th Street Y through February 21st. Catch Lu on stage at Winterfest performing in LOVE/SICK by John Cariani starting February 24th. Keep an eye out for upcoming screenings of the Lions’ most recent short film STUCK by Naya James, in collaboration with East 10th Street Productions.


Paul Purvine (Stage Manager) is a New York based director, actor, and technician. He is a graduate of The Evergreen State College with an emphasis in Theater and Education. He has been a workshop director, leading classes and directing shows, at Creative Theater Experience—a nonprofit children’s summer program—for over a decade. He was also a substitute teacher in Washington state before relocating to the East Coast. New York credits include Pop Culture Fondue, Brain Melt Consortium, Shotz!, and Paper Kraine—a monthly new works and variety show established to create opportunities for collaboration while fundraising for worthwhile charities. If he had to name a favorite beer it would be McMenamin’s Terminator Stout.  www.paperkraine.com www.paulpurvine.com 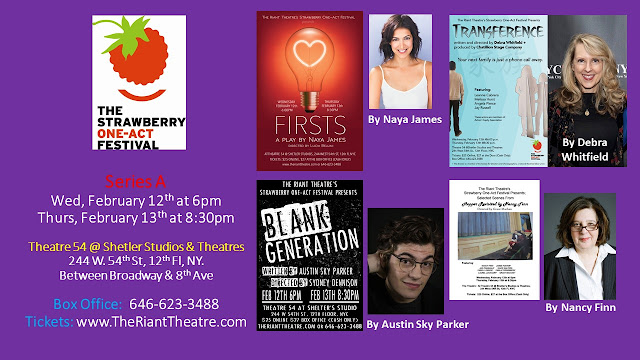