Hollywood Screenwriter David E. Tolchinsky's First Stage Play, WHERE'S THE REST OF ME? - To Be Presented In NYC In The Strawberry One-Act Festival February 14th & 15th at 5PM at the Hudson Guild Theatre

Many times when artists adapt movies into plays or musicals—or even write new plays—the question is raised, why theatre? Why is this piece meant for the stage rather than the big screen? What in the script calls for this theatricality? Recently I got to chat with David E. Tolchinsky, playwright of Where’s the Rest of Me?, premiering in Series E of our one act festival. David is a Hollywood screenwriter (Girl, starring Dominique Swain, Selma Blair, Tara Reid and Portia de Rossi) and the director of MFA Writing for Screen and Stage program at Northwestern University. As a screenwriter now turned playwright, Tolchinsky had an interesting insight to both process, and the differences of writing for theatre:

I founded the MFA in Writing for Screen+Stage at Northwestern University School of Communication on the idea that there are commonalities among different forms of writing screenwriting, playwriting, and television writing. So conflict, character, structure, tone, forming a creative community, being entrepreneurial are constants and can be universally applied.

But in the program, we also teach students to think about what’s unique about each form and why a particular story should be a pilot versus a screenplay versus a piece of live theatre. Also, how can you adapt one into the other based on creative concerns or business opportunities? So I think about the differences between film and theatre all the time. In my own work and in my teaching.

One thing I’ve been thinking about in terms of what’s different about film and theatre [has been] in screenwriting and filmmaking, a character’s emotional revelation is usually conveyed by a close up or a change of expression in a face. In theatre, somehow that transformation has to be bigger, [it] has to project to an audience sitting far away in the theatre. And of course–the performance of the actor in a film is splintered into shots and reconstructed in the editing room.  The performance of the actor in theatre is whole, live, in front of a live audience.

So, with this in mind why did Tolchinsky write Where’s the Rest of Me? for the stage rather than the screen? The piece has been adapted from a monologue, to an essay, and now to a play. Why tell the same story in different mediums? It seems that some things just work best on stage, where you can be theatrical and not have to worry about realism. 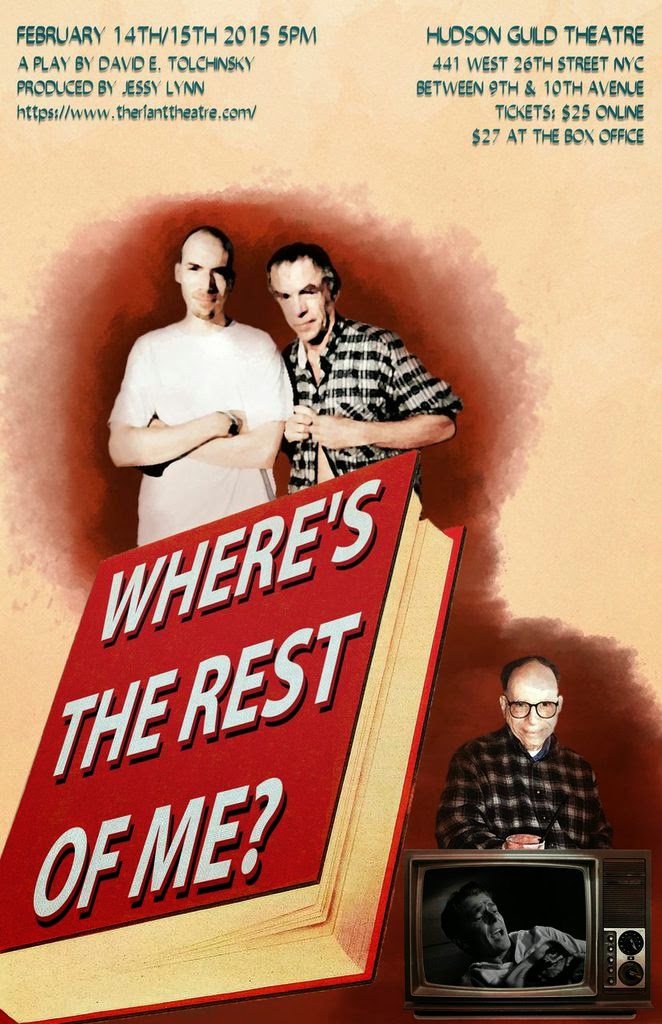 I love the way that the play presents three seemingly unrelated things–my difficult psychiatrist father Marshall Edelson, the monologist Spalding Gray, and the movie King’s Row—all together on stage. That’s something you can’t do in a film (well, you can, but it works differently).  And I love that one actress in the play can transform herself into many different characters, live in front of an audience. And I love that I can combine a film screen with live actors.

Plays and movies are very different. Movies can more easily show different perspectives. They can also combine many short scenes in ways that don’t always work on conventional stages, but Where’s the Rest of Me? is a new kind of play. It combines both movie and theatre aesthetics that blend into a hybrid theatrical story. It works. It’s funny, it’s smart, and it’s moving. Everything you would wish a play to be in a very unexplored form. Theatre is heading in an interesting direction, and I think we should all try to be a part of it. 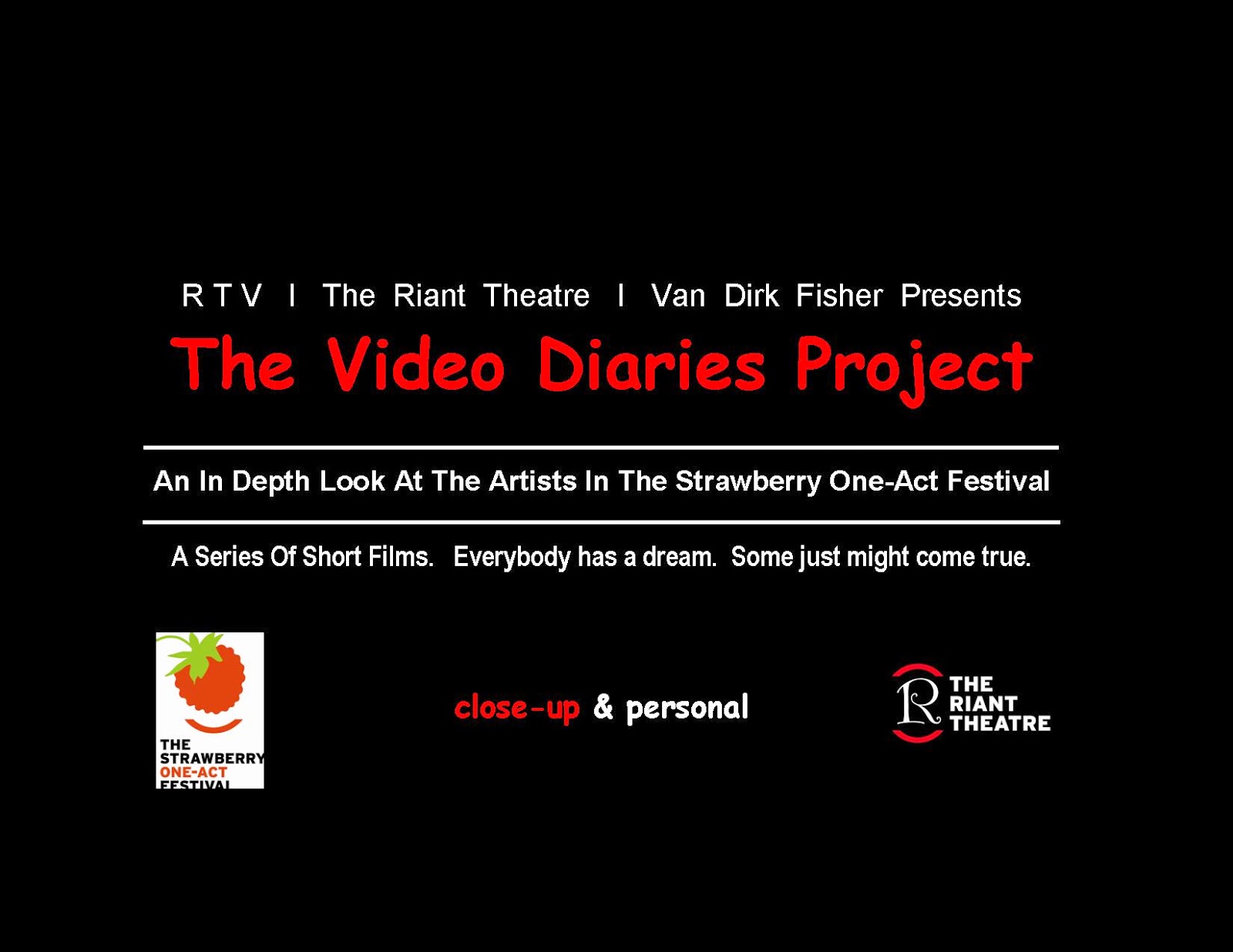 Where’s The Rest of Me? will premiere at the Hudson Guild Theatre, 441 West 26th Street, NYC, as part of Series E in the Riant Theatre's Strawberry One-Act Festival on Saturday, February 14th and Sunday, February 15th at 5pm. For tickets go to www.therianttheatre.com or call 646-623-3488.  Buy Now Click Here.

Click Here To Watch the Video Diary (Trailer) for Where's The Rest Of Me?  Video Diary by Jingyang Cheng 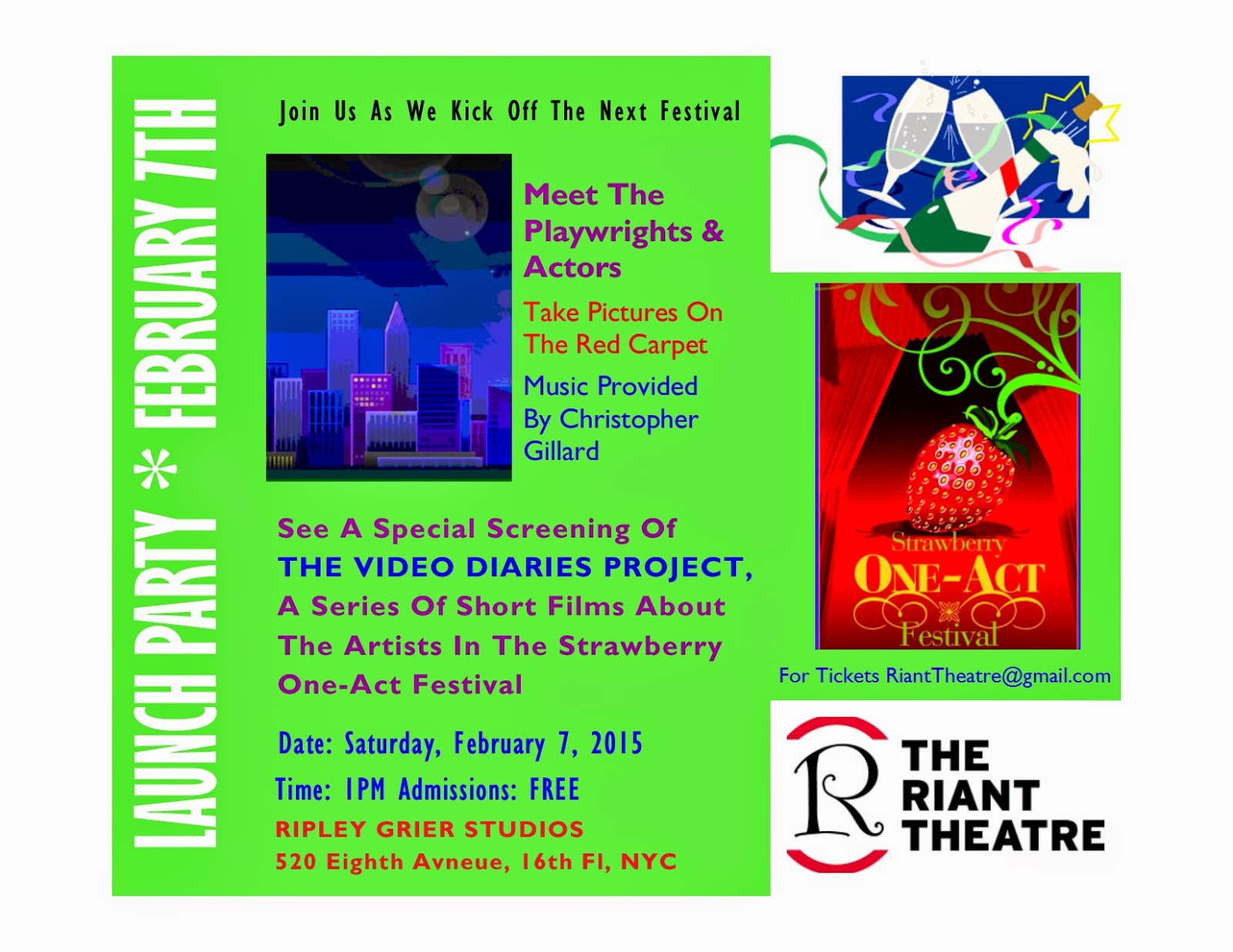 HEY GIRL By Ama Duncan
Faith is trying to make things work with her boyfriend, the only problem is he is a blow-up doll.

WHERE’S THE REST OF ME? By David E. Tolchinsky
A screenwriter wrestles with his relationship to Spalding Gray, his psychiatrist father and the classic movie, King’s Row.  A dark and funny journey through movies, monologues and mental illness. 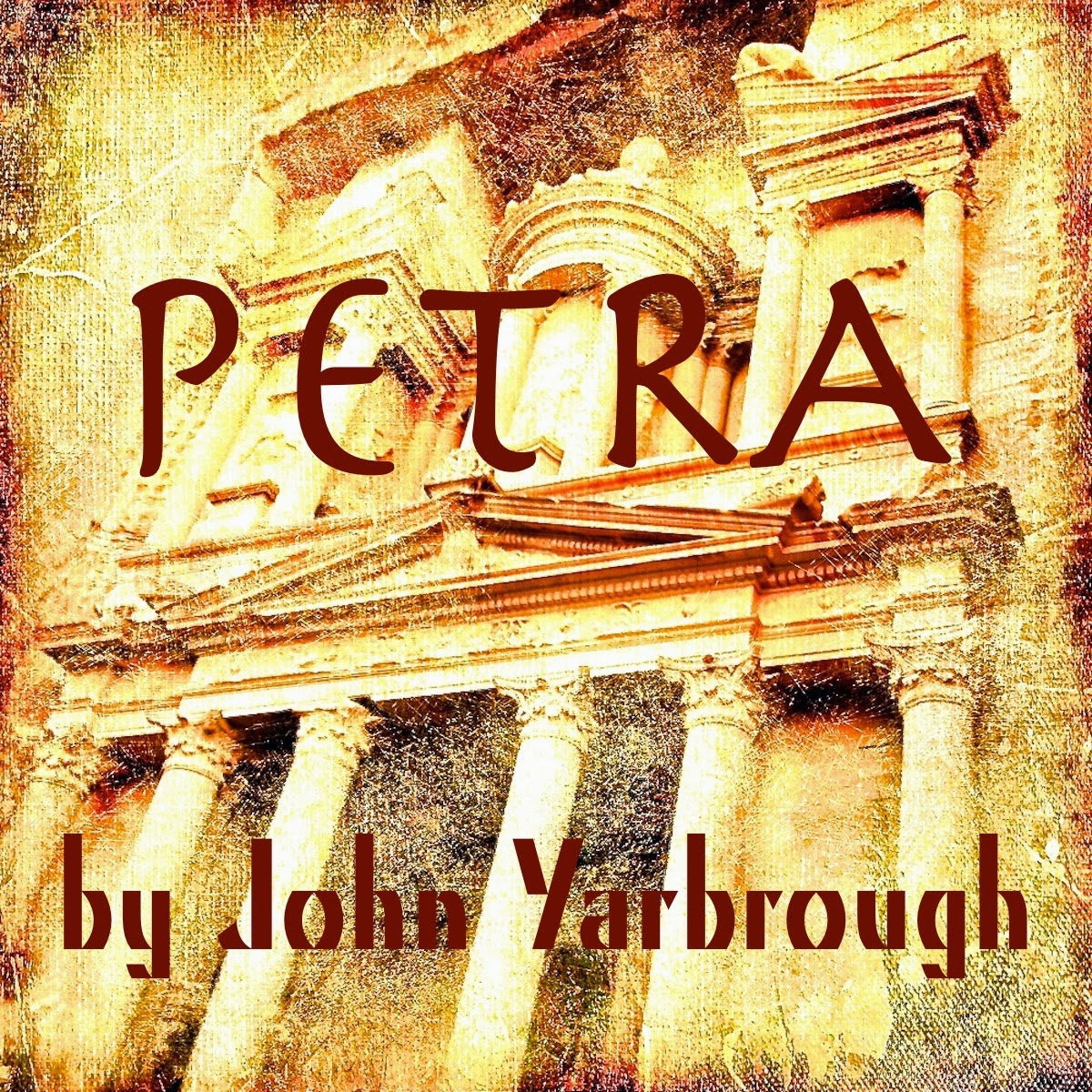 PETRA by John Yarbrough
A dark comedy about an elderly couple who debate whether they once went to Petra, until their mild disagreement takes an unexpected turn.