Congratulations To Playwright Joseph Lizardi, Whose Play LIKE THROUGH A MIRROR, Makes Its Debut In The Strawberry One-Act Festival 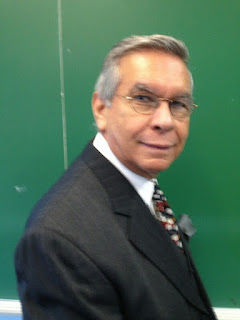 JOSEPH LIZARDI (Playwright/Director, Like Through A Mirror) This is Mr. Lizardi’s 21st play in the Strawberry Festival.  His previous ones were:  Valentine’s Day, Hunters, Double Fear, Heroes, NamVets, Double Guilt, Men In A Bottle, Where The Sun Never Shines, Suicide Lover, 4Murders & a Suicide, Saving Legs, Always Faithful, In Love Again, The Reunion, December in New York, A Bridge For Two, Stranger With a Gun, To Hope Again, and The Big Flush. Three of his plays have reached the finals of the competition, and he has been nominated as best director/playwright three times.  His one-act play, Sea-Waves Inn, was published by Samuel French, and scenes from his two plays, The Block Party and The Commitment were published by Applause Books.  His one-act play Heroes was recently published in the Volume 7 of The Best Plays From The Strawberry One-Act Festival.   Many of his other plays have been produced throughout Manhattan and in regional theaters throughout the country. 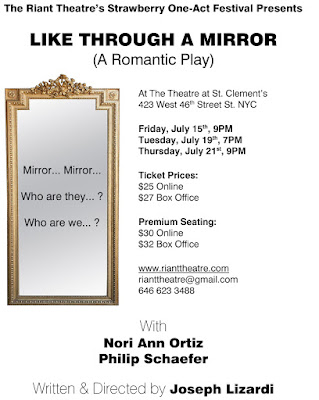 What could happen when “make believe” dominates reality?

Friday, July 15th at 9pm
Playing with:
THE ELEVATOR By Neil Wolfe
A woman trapped in an elevator is forced to confront her imaginary sister.

PUTIN AND THE SNOWMAN By Robert Kerbeck
Edward Snowden has been granted asylum in Russia.  He’s also been given a new job.  One that brings a whole new meaning to the term “whistle-blower.”

One man’s journey from child to parent, told through five nights spent on the couch.