Congratulations To Playwright Amanda Feliciano, Whose Play EULOGIES Makes It's Debut In The Strawberry One-Act Festival 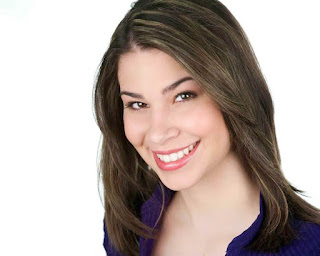 Amanda Feliciano (Playwright, EULOGIES) is experienced in stage, film, vocal training, stage managing, directing, and now playwriting. She started her college education at Five Towns College studying Theatre, but ended it at William Paterson University holding a B.A. in Communications with a concentration in Theatre. She worked Off-Broadway in 2012 as an Assistant Stage Manager for the show Dear Darkness… and was an Assistant Director for the play, Closure, which was performed at the 2015 Strawberry One-Act Festival. She is currently teaching acting and vocal lessons at La Crème Modeling and Acting Agency. 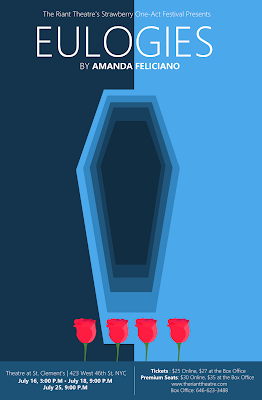 Passengers struggle with their captivity while trapped on board a grounded plane.

THE SUICIDE JOURNALS By Veronique LaShell MacRae
(For Mature Audiences)
The Suicide Journals is an in depth intense and raw look at the world of teenage and young adult suicide.  Each character, The Jumper, the Shooter, The Hanger, The Pill Popper and The Cutter, represent some of the common methods of suicide attempts, while exploring issues such as sexuality, religion, systematic injustices, racism, Islamophobia, bullying and abuse.
Death is inevitable for a lost soul . . .

Joanna and Emilia are spending another night at home drinking and bemoaning the state of their lives.  That is until Joanna summons playwright Aphra Behn to their apartment from the 1600s.

THE ELEVATOR By Neil Wolfe
A woman trapped in an elevator is forced to confront her imaginary sister.

THE EARLY BIRD SPECIAL By John J. Ronan
A martini to die for, the old folks are really stepping out.

HIM AND HER Book, Music & Lyrics By Matt Anderson
HIM AND HER, a dark story that will leave you stunned and hopefully, asking questions that will start a dialog about a difficult topic.

THE UNKNOWNS By Kacie Devaney
Scarlett and Jeb have been married for twenty years and have faded into a passionless relationship.  An unexpected visit from the new next door neighbors is about to change everything.  Or at least, try.