Congratulations To Simone Allen & Ed Rosini, Whose Musical SEE YOU HAVE ME, Will Kick Off The Strawberry One-Act Festival June 14th at 7pm 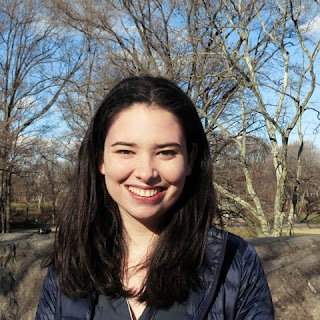 Simone Allen (Writer/Composer/Music Director, SEE YOU HAVE ME, A Musical) is a rising senior music student at Tufts University, where she is actively involved with musical theatre as a music director/pianist. She has music-directed eight productions at Tufts, including Next to Normal, Into the Woods, 35mm, and Little Shop of Horrors. Simone has also worked with composer Drew Gasparini as a pit orchestra musician and a music transcriptionist/copyist. See You Have Me is the first musical that Simone has written (along with co-book writer Ed Rosini) and she hopes to continue writing and composing for musical theatre. She would like to thank her family, her writing mentors, the Riant Theatre, the Tufts University music and drama departments, and her friends from Tufts for supporting her during the development of this musical. 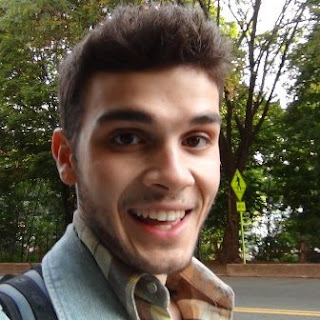 Ed Rosini (Co-Book Writer, SEE YOU HAVE ME, A Musical) is a senior at Tufts University where he studies drama. See You Have Me was the first stage musical he’s written for, but in his time at Tufts, he’s written three original web series with his favorite writing partner (Jules and Monty, Wave Jacked and Pantheon University), wrote and directed an original podcast called The Valiant, and has worked on several other projects as well, including co-writing adaptations of Shakespeare’s works for children. 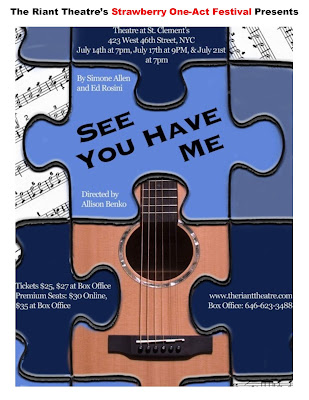 Nick's family just doesn't get him, and neither does his older sister, Sam, who has just come home from her second year at college. Watch this family struggle with finding themselves, loving each other, and letting go in this original short musical.

SIXTY SHADES OF GREY By Amanda Ortega
Your match might be closer than you think, you just have to pay a little more attention.

EXPRESS TRAIN By Michael Selditch
Two very different men reluctantly bond on a subway train stuck between stops late one night. As one man unwillingly reveals an incriminating secret that's haunted him for years, the other finds his own value, in this dark comedy set 40 feet below Times Square.

THE UNKNOWNS By Kacie Devaney
Can an unexpected visit from the new next door neighbors repair the damage of a twenty year, passionless relationship between Scarlett and Jeb? Everything is about to change. Or does it?

THE WAITRESS By Ainslie Caswell
Get exactly what you ordered and so much more.

GARBAGE By John Michael Wagner
“My mom used to tell me I’d be happy so long as I had interesting people to talk to.”

LUCILLE ZANZIBARZ By Don Rosenthal
A one-act play diving into the emotions of a tormented man that may have murdered his wife.  You will cherish the moments of laughter that relieve you from the raw emotion.

JUST SAY IT THREE TIMES By Erin Moughon
Joanna and Emilia are spending another night at home drinking and bemoaning the state of their lives.  That is until Joanna summons playwright Aphra Behn to their apartment from the 1600s.

FAMILY GOOGLING By Mark D. Tjarks
Jacqueline and Frank invite an old friend over for dinner, hoping she will influence Jacqueline’s daughter’s decision about her first teenage love.  But thanks to smartphones and the internet, they come to reveal and to learn more about themselves during the setting of the dinner table than they ever imagined.