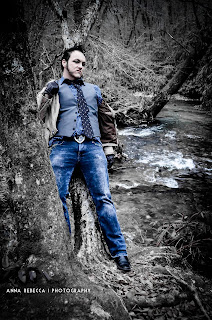 Kai Elijah Hamilton (Playwright, Blackberry Winter) Having been born and raised in the mountains of Western North Carolina, I tend to embrace the world very differently. I hope to inspire others to be the best version of you possible and to never turn away from your God-given talent even in life’s darkest hour. As a young boy, I realized I was a poet—with that, gradually came theatre and film.  After I received my Bachelors Degree from Western Carolina University, my life went down a very different path that allowed me to stay close to my beloved mother during her final years. During that time, I became Artistic Director at Hendersonville Community Theatre, which was close to home. While there, I won awards for acting—The Glass Menagerie and directing—A Raisin in the Sun. Most recently, my play The Sleepwalker was an Official Selection of the 2016 Asheville National 10-Minute Play Festival. Now, here I am, deeply honored to share BLACKBERRY WINTER with you. I hope it haunts you as much as it does me. 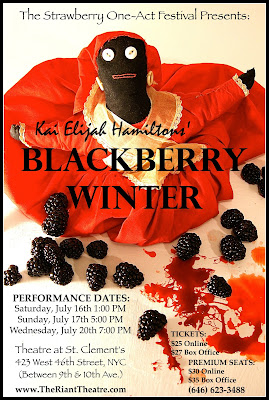 An African American mother finds herself in the abandoned house from her dreams.  This is the house she suspects her child has been held captive after his abduction.  Has she finally solved the mystery that has haunted her for years or is she caught in a sinister web of trickery?  Something just ain’t right.

FAMILY GOOGLING By Mark D. Tjarks
Jacqueline and Frank invite an old friend over for dinner, hoping she will influence Jacqueline’s daughter’s decision about her first teenage love. Having a smartphone at the ready during a conversation of old friends turns out to be a dangerous thing, as the daughter starts researching their stories through the internet.  They come to reveal and to learn more about themselves during the setting of the dinner table than they ever imagined.

THE EARLY BIRD SPECIAL By John J. Ronan
A martini to die for, the old folks are really stepping out.

THE G69 TRIPLE X-TREME OSCILLATOR By Peter M. Carrozzo
Directed by James Kim
A couple’s discussion about the arrival of a newly purchased sexual device is complicated by the wife’s accidentally misplacing the instructions.  Their search for the whereabouts leads them into several unanticipated discoveries.

HIM AND HER Book, Music & Lyrics By Matt Anderson

HIM AND HER, a dark story that will leave you stunned and hopefully, asking questions that will start a dialog about a difficult topic.

THE SUICIDE JOURNALS By Veronique LaShell MacRae (For Mature Audiences)
The Suicide Journals is an in depth intense and raw look at the world of teenage and young adult suicide.  Each character, The Jumper, the Shooter, The Hanger, The Pill Popper and The Cutter, represent some of the common methods of suicide attempts, while exploring issues such as sexuality, religion, systematic injustices, racism, Islamophobia, bullying and abuse. Death is inevitable for a lost soul . . .

SIXTY SHADES OF GREY By Amanda Ortega
A romantic comedy with a twist.  Your match might be closer than you think, you just have to pay a little more attention.

THE COMMUTERS or A CAUTIONARY TALE OF THE PORT AUTHORITY, A Musical
By Gil Varod, Caleb Damschroder & Kit Goldstein Grant
Christopher Michaels (Producer)
When a recently-sacked MTA executive wanders the port Authority Bus Terminal after midnight, the plaster “Commuters” sculpture comes alive to warn him how he is to pay for his subway-related sins.  A one-act horror musical that played to uproarious laughter during its initial reading at Lincoln Center’s “Across A Crowded Room” festival.
Avoid the Port Authority after midnight.