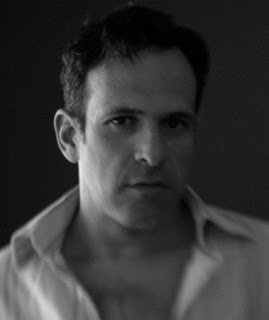 EXPRESS TRAIN By Michael Selditch
Two very different men reluctantly bond on a subway train stuck between stops late one night. As one man unwillingly reveals an incriminating secret that's haunted him for years, the other finds his own value, in this dark comedy set 40 feet below Times Square. 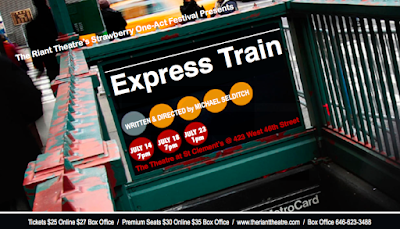 SIXTY SHADES OF GREY By Amanda Ortega
A romantic comedy with a twist.  Your match might be closer than you think, you just have to pay a little more attention.

THE UNKNOWNS By Kacie Devaney
Scarlett and Jeb have been married for twenty years and have faded into a passionless relationship.  An unexpected visit from the new next door neighbors is about to change everything.  Or at least, try.

Passengers struggle with their captivity while trapped on board a grounded plane.

THE COMMUTERS or A CAUTIONARY TALE OF THE PORT AUTHORITY, A Musical
By Gil Varod, Caleb Damschroder & Kit Goldstein Grant
Christopher Michaels (Producer)
When a recently-sacked MTA executive wanders the port Authority Bus Terminal after midnight, the plaster “Commuters” sculpture comes alive to warn him how he is to pay for his subway-related sins.  A one-act horror musical that played to uproarious laughter during its initial reading at Lincoln Center’s “Across A Crowded Room” festival.
Avoid the Port Authority after midnight.

THE EARLY BIRD SPECIAL By John J. Ronan
A martini to die for, the old folks are really stepping out.
Posted by Van Dirk Fisher at 11:08 AM